Home / World / Do we get more Europarians after brexit? 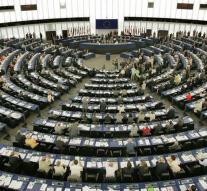 brussels - There is a chance that the Netherlands will have more seats in the European Parliament. Now there are 26, but there could be 28 if the British parliamentarians in 2019 had to get their hands on them.

The total number of seats is now 751, but that should decrease to 700, in a proposal to make way for delegates from new Member States. The British, however, have 73 places now.

The remaining 22 places left unchanged would be distributed to the Member States immediately after leaving the United Kingdom. France and Spain have four seats in the proposal, Italy three and the Netherlands two. Poland and Belgium would not get anybody. Germany is already at its peak.

The parliamentary constitutional affairs committee discusses the proposal of Polish Christian Democrat Danuta Hübner and Portuguese Social Democrat Pedro Silva Pereira Monday in Strasbourg. The duo speaks of a 'fair and objective' redistribution. The proposal is, according to them, a 'viable option in the current political context'.

It is ultimately the Member States that make a decision.