Home / World / Do not rest in Jordan yet 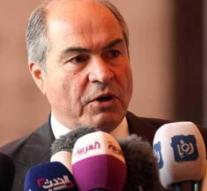 amman - The appointment of a new prime minister has not yet restored peace in Jordan. Trade unions announced on Wednesday that they would continue with a major strike.

King Abdullah II appointed the economist Omar al-Razzaz as successor to the departed prime minister Hani Mulki. His position came under pressure from days of protests. The population is angry about austerity measures, such as tax increases and the removal of a subsidy on bread.

But the arrival of al-Razzaz, who was given the task of reforming the economy, did not silence the protests although the enthusiasm has shrunk. On Tuesday, hundreds of people took to the streets. There was also support for the appointment of a new prime minister.