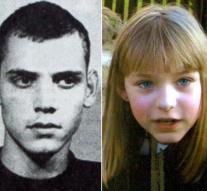 - German researchers found the remains of a missing girl in 2001. DNA material found from one of the members of the terrorist group NSU. It reported several German media Thursday.

It involves Uwe Böhnhardt DNA, one of the three prominent members of the National Socialist Underground (NSU). This group is held responsible for, among other ten racist murders. Böhnhardt probably committed suicide after a failed robbery along with another member. The only surviving key member of the NSU, Beate Zschäpe, is on trial at present.

Böhnhardt DNA was found on the remains of the girl Peggy. The nine year old child disappeared in May 2001 in the city of Lichtenberg. Parts of her skeleton were last summer in the woods near the village discovered by a mushroom collector.