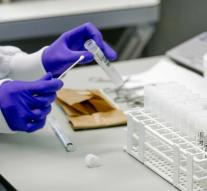 - The German police has been able to fix 28 years later, the perpetrator of a robbery in Berlin. The killer appears to be a 54-year-old Serb. He was arrested in September in the Czech capital Prague when it appeared that his DNA matched that of the perpetrator of the murder in Berlin in 1987. That the police published in the German capital Thursday.

The Serb has in February 1987 the 47-year-old Emilio Benito Rica killed in his house in Berlin's Neukölln district. The perpetrator ran off with a VCR. The two knew each other from homosexual circles in Berlin. Rica worked occasionally as a prostitute.