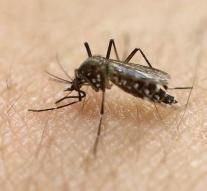 - "The district in Miami this summer was startled by a sudden outbreak of the zikavirus, no longer applies as endangered area. Wynwood in the past 45 days, no new cases of infection detected. Has announced that the governor of Florida, Rick Scott, Monday. The neighborhood is thus officially zikavrij."

",, Everyone can now confidently come here and enjoy themselves, '' Scott said at a news conference.,, We had a problem, everyone took it seriously and we are resolved. '' Vigilance and targeted government policies remain necessary to prevent the infection resurgence in Florida or elsewhere."