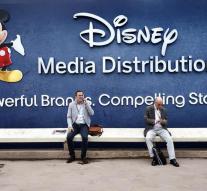 - Walt Disney because of cyberbullying decided not to buy Twitter. The company was concerned that the foul language and insults would turn out badly for the family-friendly image of Disney. This was reported Bloomberg.

Other arguments against the sale were the fact that Twitter still suffers loss. However, the value is estimated at 12 billion dollars, converted almost 11 billion euros. Even for a giant like Disney would be a large amount.

Disney boss Bob Iger and Twitter boss Jack Dorsey are good friends with each other. Iger managed to resurrect the moribund Disney new life. Under his leadership, Disney bought include Pixar, Marvel and Lucasfilm. Dorsey is since 2013 on the board of directors of Disney.