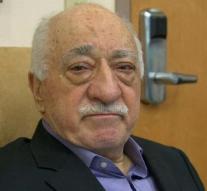 izmir - The Turkish authorities arrested the director of Amnesty International Turkey on Tuesday, Taner Kilic, a lawyer. According to the newspaper Hürriyet, he is suspected of having ties with Fethullah Gülen, who, according to the Turkish government, is behind the failed coup of July 2016. The house and office of Kilic have been searched.

In addition to Kilic, another 22 lawyers were arrested. The suspects should have used a messenger app, popular with fans of Gülen. According to local media, it is the Bylock app, which allows users to encrypt messages.

Amnesty International demands immediate release of the director and other lawyers, as there would be no evidence of involvement with the Gülen movement.