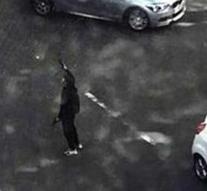 liege - The attacker in Liège, who killed two cops and a passer-by in Liège, may have committed a robbery and a murder some hours earlier. French and Belgian media report this. It's about the 36-year-old Benjamin H..

Monday night Michael W. was murdered with a bullet through his head in On, a district of Marche-en-Famenne. The police take into account that Benjamin H. is the culprit. Hours later he shot three people dead in the center of Liège. Sources report that the first murder of Michael W. would be a settlement in the drug environment.

Benjamin H. would have committed an armed robbery at a jeweler in Rochefort earlier that night, along with two other men. He himself comes from Rochefort. Possibly the later murdered Michael W. was one of the companions in the robbery, in which three times were shot, but no injuries fell.

The Belgian prosecutor's office confirms the murder of Michael W. but can not confirm the reporting of a link with 'Liege'.