Home / World / Denmark is going to keep boar with fence 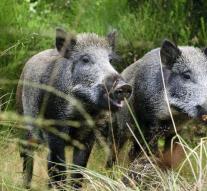 copenhagen - The Danish parliament has given the green light for the construction of a fence at the border with Germany. The 70-kilometer-long and 1.5-meter high barrier must prevent wild boar from crossing the border and thus spread African swine fever.

The Danes want to protect their livestock against the virus, which has already infected animals in Eastern Europe. If the swine fever also pops up in Denmark, that can result in a billion-dollar slant. The Danish authorities assume that the construction of the barrier can start in the autumn.

Critics doubt whether a fencing is enough to keep out wild boar. Pictures of swimming boars already appeared in Danish media.