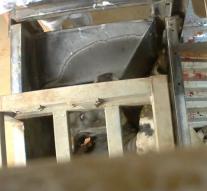 izegem - The Belgian supermarket chain Delhaize has stopped cooperation with the affected slaughterhouse in the Flemish Izegem with immediate effect. At the same time, industry leader Colruyt has decided to put orders and deliveries 'on hold'.

According to a spokeswoman for the group Ahold Delhaize, the meat in question is only delivered to Delhaize supermarkets, not on the Albert Heijn chain.