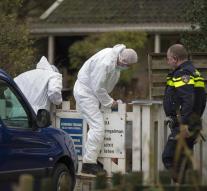 haarlem - There is a deceased female found in a house in the South Schalkwijkerweg in Haarlem.

It reports the Haarlem Dagblad. Two ambulances were called, but they help to no avail. The police launched an investigation. According to a police spokesman is still unclear whether the woman died of natural causes.