Home / World / 'Deaths from conflict with Boko Haram in Niger' 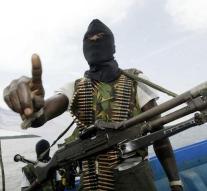 - "Fighting between the army and fighters from Niger terrorist organization Boko Haram extremists have to thirty and five soldiers killed. This was announced by the Niger Ministry of Defence."

"The parties clashed in the southeastern region of Diffa, near Lake Chad and the border with Nigeria. In the latter country Boko Haram has its roots. The fighting began Monday, when an army unit was ambushed by Boko Haram. In addition to the five deaths among the soldiers also wounded six. The army managed to capture two extremists."