Home / World / 'Death squads have been active in Peru ' 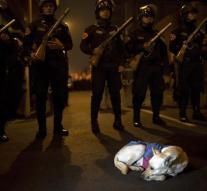 - In Peru between 2011 and 2015, death squads of the police been active. That the Minister of the Interior, Carlos Basombrío, said in an interview with the Peruvian program No Hay Derecho (There is no justice). According Basombrío the government was informed, but they took no action.

,, We include numerous testimonies that confirm this and show how serious it was, '' said the minister. According to him, certainly ninety police officers were involved. Slew of other bank robbers and kidnappers, local media reported.

Justice is an investigation into the death squads began.