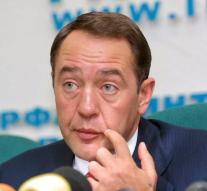 - The sudden death of Mikhail Lesin, an influential adviser to Russian President Vladimir Putin, was an accident. The 57-year-old media expert was found almost a year ago dead in his hotel room in Washington.

His family said initially that he had succumbed to a heart attack. In March, the coroner and the US police announced that Lesin, nicknamed the 'bulldozer' had among other head injuries. That could well have been caused by a blunt object ' '' ' if incurred by a crash under the influence '. It was decided still to investigate. On Friday it was revealed that alcohol poisoning played a role in his death. The case is therefore closed.