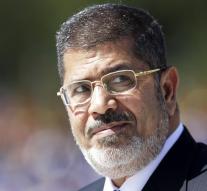 - Fourteen Islamists sentenced to death should be tried again in Egypt. To this end, the Egyptian Court of Cassation decided Wednesday, reports news agency MENA. The fourteen were involved in 2013 in an attack on a police station in protest against the military coup in which then President Mohamed Mursi had to clear the field.

It is certainly not the first time give the judges ordered a new trial for death row inmates. Since the fall of Mursi hundreds of Islamists have been given the death penalty, only to be judged again. There is much opposition to the death penalty, including the West and human rights organizations.

The Court of Cassation did not further explain the decision. The expectation is that the motivation in a few days will be made public.