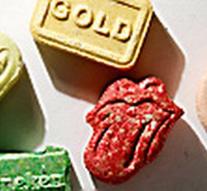 - In Austria, rolled a drug gang. Sixteen people were arrested, including two Dutch. The criminals dealing in cocaine, speed, ecstasy and cannabis.

They had about two hundred customers in and around Zell am See. The youngest buyers were only eleven years old, the Austrian police reported Thursday.

Agents have searched more than twenty places in recent months. These allowed the agents not only drugs, but also blackjacks. Moreover, hemp farms were dismantled.