Home / World / 'Deal on EU-Canada passenger data can not ' 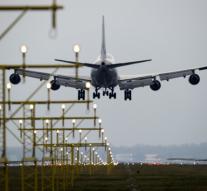 luxembourg - The agreement between the European Union and Canada on the exchange of passenger data can not legally acceptable. This enables the Advocate General of the European Court of Justice Thursday in an opinion.

Several provisions of the agreement are in conflict with European fundamental rights, says Advocate General Paolo Mengozzi, who feels that can not close the so-called PNR agreement in its current form. The opinion is not binding, but in many cases followed by the judges in Luxembourg.

Mengozzi maintains that the deal is in conflict with earlier judgments of the court over privacy. Use of the data is not well defined, and is not sufficiently substantiated why Canada may store the information for five years. He presented the opinion a series of conditions to which the deal would meet Charter of Fundamental Rights of the EU. Which would significantly limit the scope of data exchange.


The agreement signed in 2014 should be possible to pass on making personal data of air passengers to the Canadian authorities to fight terrorism and other transnational crimes. The European Parliament on the initiative of D66 MEP Sophie in 't Veld submitted to the court in Luxembourg, in protest against the unlimited' rake 'data without that there is a real reason for it.

In 't Veld takes the advice 'crystal clear', let them know in a comment. 'This is yet another debacle with anti-terror laws passed under pressure. 'She hopes that the court quickly comes up with a verdict.