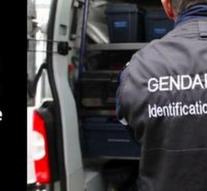 horsarrieu - A 55-year-old French woman has kept her mother's death secret for years by keeping the body in a freezer, which has moved a couple of times. All the time, the pension fund made a good 1982 euro every month. The freezer was not connected to the grid, but was sealed and covered in the back of the house of the house where the suspect lived for a year. The folded body of the elderly was mummified.

According to the newspaper SudOuest, the alleged Française told the police that her mother died a natural death about seven years ago. The prosecutor in Mont-de-Marsan, south of Bordeaux, doubts that story because the old lady's health insurance has reimbursed a medical treatment by the end of 2007.

On Wednesday, autopsy will be conducted to determine the cause of death and, if possible, the date of death.