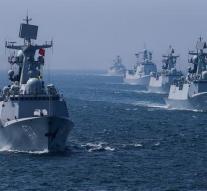 moscow - A ship of the Russian Border Guard had opened fire during an inspection of a fishing vessel with North Korean crew. There were nine injured of which one is deceased at the hospital. Reported that the media Russia Today.

The North Koreans oppose the Russian inspection, behaved aggressively and tried to flee the Russian security forces, said the Russian Federal Security Service (FSB) on Saturday. A Russian officer of the Border Patrol also was injured in the shelling.

The incident happened on Friday night in Russian waters to 22. 20 pm local time. The ship had 48 North Korean crew members on board. The crew was captured by the Russian border guards.