Home / World / 'Dead in fire at nursing home in Germany' 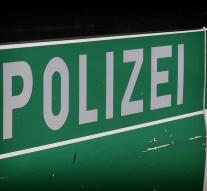 - "In a fire in a nursing home in Bakum in the German state of Lower Saxony is Saturday a 72-year-old man died. Eleven other people were injured, one of whom is in critical condition, police reported."

"The fire broke out in the morning on the second floor of the building. Some 120 workers were on their feet to help the residents. Two people who lived on the top floor, had to be recorded with severe burns in hospital, where one ultimately died from his injuries."