Home / World / Dead by avalanches in the Alps 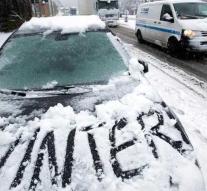 munich - A 30-year-old skier was killed in the south of Germany after he ended up in an avalanche on Sunday. The man from the German state of Saxony got buried in the snow near the Geigelstein. A 57-year-old man who was with him could free himself and came to his aid. The victim eventually died in the hospital.

Due to heavy snowfall, rescue services had to go out several times this weekend for people in need. For example, a 35-year-old man from Munich could be rescued from the Brünnsteinschanze, who had been dragged along for about 200 meters by an avalanche. He had multiple fractures and was supercooled. The authorities in parts of the Alpine region warn that the risk of avalanches remains high.