Home / World / Dead and missing after collision with England 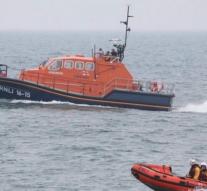 shoreham - A collision between two ships for the English coast has killed a man on Sunday. Two others are missing after their boat was sunk on the Channel.

The coast guard of Shoreham, in southern England, has begun an extensive search between Worthing and Brighton. A fourth man, who has probably been in the water for hours, could be rescued by a fishing boat in the early Sunday morning.

It is not clear how many people were on board of both ships. According to the BBC, at least four men were fishing on a small boat when the accident occurred. The man who was saved has probably hung for a buoy for hours. He was taken to the hospital.