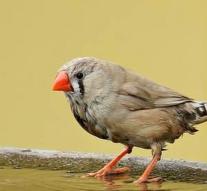 rotterdam - Inspectors from the NVWA and Animal have found several dead and diseased animals in a pet shop in Rotterdam. Also had animals that were in filthy cages, not enough food and water. A number of pens was so full that the animals could move enough, according to the Dutch Food Safety Authority Wednesday.

In previous inspections, it appeared that there was much wrong with the pet. The owner of the business also means, according to the inspection not to administrative requirements governing trade in animals. Made against him, police report. He has 'thousands of euros' fines were imposed, says a spokesman for the NVWA.

For what it is pet he would not say. 'We should not. But it is a notorious offender. We have been often been with him on the floor, 'the spokesman said. Among the neglected animals included a rabbit, a dwarf vole, roodrugparkieten and a zebra finch.