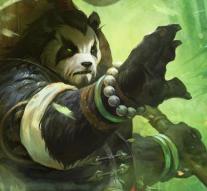 irvine - Blizzard Entertainment, the maker of the popular World of Warcraft game, was hit last weekend by a heavy DDoS attack. Gamers could not log in and Blizzard's website was hard to reach. That reports ThreatPost, the security of Kaspersky security.

The attack would have stopped now, but users sometimes suffer. The responsibility for the attack has not yet been claimed.