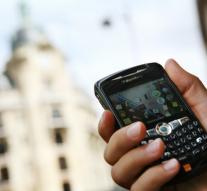 - A 17- year-old girl is in the south of Italy, her mother shot and killed when she snatched the phone from her daughter. The daughter is arrested, Italian media report.

First the daughter denied the murder, and she said that an intruder had slain her mother. But later in the interview she confessed. Her mother thought she was wasting her time had made on Facebook and poor grades. Then her mother would have snatched the phone. The girl was so furious that her mother shot in the head.