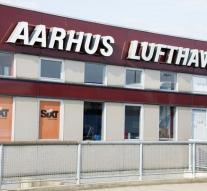 copenhagen - After bomb threats on Monday cleared the airports of Roskilde and Aarhus in Denmark. Also at the Kastrup airport in Copenhagen was a bomb inside, but that was for the police no reason to proceed to evacuation.

The police did not say about the bomb threats. According to Danish media, there were warnings about the use of explosives entered for shopping centers in the cities Roskilde and Slagelse. They were also evacuated.