Home / World / Daluren issue NS: only discount subscribers or everyone? 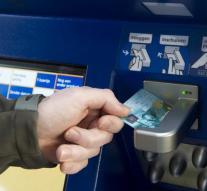 the hague - Can the NS only give a discount to train passengers who have an OV chip card on their own name? Or does it violate privacy, and leads to discrimination against people who want to remain anonymous? The Board of State Administrative Court's District Court will bend over this issue on Monday.

The NS only gives a reduction in the value of the dollar if someone links a personal subscription to his chip card. All trips are then registered. Arnhemmer Michiel Jonker speaks of discrimination because people who want to travel anonymously need to pay more. Previously, travelers could buy a cheaper train ticket for the off-season, but that was abolished in 2014.

Jonker put the matter before the court of Gelderland. He wants the Personal Data Authority (AP) to take care of NS's conduct and presupposes privacy.

The court ruled him in part and ordered that the AP should in any event investigate this practice of the NS. The AP has done that now, but does not want to lose anything in substance because the case is still under the court.

Both Jonker and the AP were appealed to the Council of State. The privacy guard dog is especially keen to make an independent assessment of the fulfillment of his duties. 'Our independence is a great thing,' says a spokesperson for the AP.

The NS is not a party in the matter, according to a spokesman for the railways. According to him, the investigation shows that the NS does not do any strange things with the privacy rules.

The foundation 'Privacy First' and 'Society for Better OV' support Jonker. It's a matter of principle, says Vincent Böhre of Privacy First. 'Privacy is a universal human right. In fact, people exchange privacy for some discounts or services. They pay with personal information. '

Böhre compares the NS case with the Albert Heijn bonus card. In the meantime, there is also an anonymous bonus card.