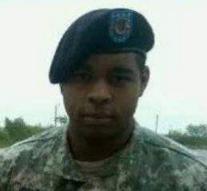 dallas - The deceased suspect in the fatal shooting in Dallas was a reservist in the US army and was sent to Afghanistan. This was announced by the US military Friday.

The 25-year-old Micah Xavier Johnson served from March 2009 until April 2015 when the reservists. In November 2013 he was sent to Afghanistan, where he remained until July 2014.

Johnson wanted to take revenge on the police in anger over recent shootings in which African Americans were slain by police bullets. Just before the police turned off the man with a bomb, he said he wanted to kill white officers. That is a spokesman for the police confirmed the Texan city.

Five officers were killed, seven others injured. Brent Thompson, Patrick Zamarripa and Michael Krol has announced that they are deceased. On the other two fatalities little is known except that they were white men.