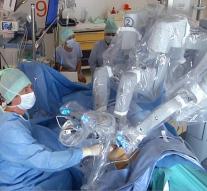 - D66 makes a final attempt to get a watered down version of the controversial proposal for active donor registration yet by parliament. That the AD reports. MP Pia Dijkstra no longer wish that people automatically accept organ donation if they do not respond to multiple requests to make a choice. This plan met with great resistance.

Now D66 will only record that has entered a silent person no objection to donation. At the deathbed the doctor still with the family to resolve the issue.

If the law is not changed, remains valid: you're only donor if you arrange it yourself. The government donation merely recommends using major campaigns. That will Dijkstra inadequate. The current system would cost her 150 lives each year.