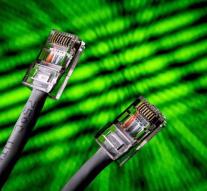 london - The requirements for passwords that make sure that unauthorized persons stay out of our sensitive data are endless. However, Nigerian cybercriminals do not recall this: they specialize in guiding people around the garden. Companies are the main objective.

There will be few people who have never fished a seemingly lucrative proposal from their spambox. Especially the prince who wants to share a million genius in return for a small investment was a frequently used trick.

However, they have shifted their field of activity, according to research by cyber securityist Trend Micro: online dating is the growth market. 'Nigerian criminals are using multiple relationships at the same time,' says researcher David Sancho. 'To make no mistake, they only ask for money after a few months. It may take a long time for women to realize that their treatment does not exist. '

So the prince has gone with his time and is sitting on the white horse today. But the large amounts do not come from divorced housewives, according to Sancho. 'Companies are the most interesting. For an Austrian aircraft maker, last year $ 54 million was evicted. '

That cybercriminals do not try to crack the security but mislead people has a practical cause. Sancho: 'There is hardly any technical knowledge needed to be successful. Even so, Nigerians have become well in the social game. '

Vice President Security Research Rik Ferguson of Trend Micro explains that it involves forms of social engineering, editing people. 'They play emotion: greed, fear, love. And, unfortunately, it still works, because if that had not been the case, the criminals would have been doing something else for quite some time. '