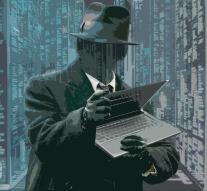 - Well-organized and wealthy professional criminals are increasingly becoming a threat to the digital security of citizens, business and government. The cybercriminals increasingly invest in advanced digital attack methods.

This is evident from the sixth edition of the Cyber ​​Security Netherlands in 2016, which Minister Klaas Dijkhoff (Security and Justice) Monday offered to the House. They perform,, long-term and high-quality operations, '' as it is found therein.

Businesses and individuals have increasingly faced with computer hostage by ransomware, which must be paid to computers or networks again to get to work.,, This is ransomware in recent years grown into the tool of choice for professional criminals to make money, '' the report said. Both the investment in the digital crime proceeds have grown.


In addition, companies are faced with digital economic espionage by foreign intelligence services. That puts the competitiveness of the Netherlands under pressure, the report said. The Dutch intelligence and security services have intelligence observed in companies in the defense industry and in the main economic sectors.

In the period from May 2015 to April 2016 found several large-scale attacks rather high degree of organization, aimed at stealing money and valuable information, so be warned.