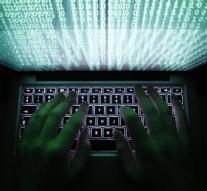 amsterdam - The police cybercriminals handed a hefty slap. A server that was used to hijack computers offline. Victims paid 70,000 euros 'ransomware', or ransom.

That leaves the National Police know to De Telegraaf. Team High Tech Crime police found on the server almost 5800 data of mainly Dutch and Belgian victims. Their computers were locked and they had to pay money to regain access to their data.

Total paid 236 victims at a cost of almost 70 000 to criminals for a password to unlock the computer. Police have put codes on the online portal 'No more ransom 'that victims can unlock their computers.


The new site has been visited since July 25 nearly 300 000 times and several hundred visitors have their locked computers by malware again liberated by downloading the special tools on the site. The site is an initiative of the Dutch police, Europol, Intel Security and Kaspersky Lab.

Ransomware is a blackmail method on the Internet by malware. This software is distributed for example through infected attachments and stored encrypted files. The user of the computer receives a message stating that the computer is locked and only after payment is released. The number of victims worldwide rose last year by 550%. The virus which was distributed through the decommissioned server, the Wildfire virus.

The Lit program pays attention to the phenomenon tonight ransomware.