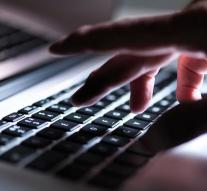 the hague - The Netherlands is being digitally threatened, and the situation is worse than people think. We can not support the opponents. The danger grows faster than the defense. 'The situation is more than worrying. Really very worrying. The threat is great and their actions are more successful than our countermeasures, 'said the National Coordinator for Terrorism and Security, Dick Schoof, at the opening of the Cyber ​​Security Week in The Hague.

The threat comes from criminals and intelligence services from countries. Now, according to Schoof, it remains with pinpoints, which means that hackers want to indicate what they are capable of. But they could put the electricity supply down, disrupt the banking world or steal business secrets to undermine the economy. Schoof: 'We must be aware of the fact that everything is digitized. '

He receives a call from Inge Philips from Deloitte Consulting. She previously worked for AIVD intelligence service and the National Police Team High Tech Crime. 'It is about all the facilities we use daily, from pins to traffic lights. Everything we do has a digital base. And without sufficient security, we are vulnerable in all parts of society. One problem in one place can spread to other domains very quickly, 'says Philips.

The solution: segment. Create separate systems, with good drawbacks between them, so that a malfunction can not interfere with other networks. Philips: 'But we should not look to the government for everything, we must also make our systems safe. Consumers, do not buy junk. A best producer, do not sell things that are not finished, but make sure that the safety is sealed. '\n  \n   \n    \n    \n   \n   \n   \n      \n   \n     Dick Schoof: 'Their actions went more successful than our countermeasures'.\n    \n   \n     Photo: ANP

The Netherlands has few ICT specialists, and therefore Schoof and Philips want more money for education. Philips: 'From primary school, children should learn that this is a digital society. It does not matter, it will only be more. Schools have all the cool iPads that students may use, but the content of the lessons is the same as thirty years ago. That's not possible, it's 2017. We have to do something about it and quickly. '