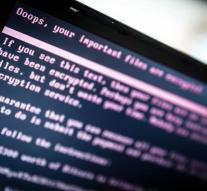 kiev - In the global cyber attack that started last week, hackers installed on the computers of the affected users installed a so-called backdoor. These are computers with the Ukrainian accounting program M.E.Doc.

Infected computers may be vulnerable to a new attack by hackers. In the cyber attack with the so-called Petya ransomware, Dutch companies such as packet carrier TNT, Famaceutical company MSD and container company APM were also affected.

The back door was secretly installed on all computers connected to the Internet. Researchers of the Slovak cyber security company ESET discovered a backdoor that hit hackers into Mr. E. Doc's software.