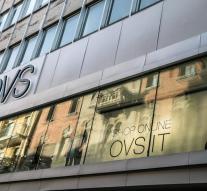 vienna - The Organization for Security and Cooperation in Europe has been the target of a cyber attack. Which was discovered in November. ' The systems are now secure. We got new security and passwords, '' a spokeswoman said Wednesday. It is not known whether the attack was successful.

The OSCE does not say who is behind the attack. According to the French newspaper Le Monde which was the work of Russian hackers group APT28, which is also called Pawn Storm, Sofacy and Fancy Bear. That shadowy group could be behind the attack on the US Democratic Party.