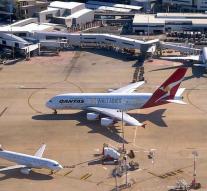 sydney - Australian customs workers have accidentally destroyed two unique and irreplaceable plant samples on Sunday. It was about residues of rare plants that originated from the nineteenth century, which were granted by international institutions to Australia.

What has just been missed is still being investigated. The suspicion is that the customs officers have generally observed the strict strict quarantine rules, but that the papers of this shipment of the plant material were not in order.

According to a spokesman for the Customs, the packaging did not adequately indicate that it was a rare and expensive content. The customs officers retained the samples for longer than strictly necessary, but eventually thrown the plants into the combustion furnace.

Normally, the customs authorities ask for permission when imported samples are destroyed. Why this has not happened is still being investigated, reports a customs spokesman.

The plant samples were from France and New Zealand and would be investigated similar to recently discovered plants in Australia.