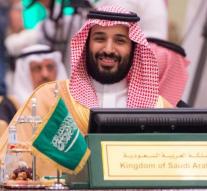 The appointment of the new crown prince was approved by the so-called Board of Trouw. 34 members were for his appointment, 31 were against.

Bin Nayef, a 57-year-old cousin of the king, has been crown prince of Saudi Arabia since 2015. He also lost his position as Deputy Prime Minister and Minister of the Interior. Why he is replaced is not yet known.