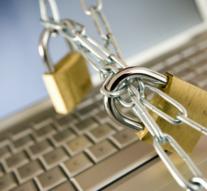 leeuwarden - Hundreds of people and businesses have fallen victim to a scammer. The police in July arrested a 35-year resident of Leeuwarden on suspicion of fraud, identity theft and computer intrusion.

The suspect gave himself according to police at companies like website builder. He has worked for various companies built a website with a web shop. The man is suspected that he could intercept by installing special software usernames and passwords. Those credentials he then used to break into email and social media accounts of customers of these shops.

The money he obtained in this way he presumably used for his addictions. After his arrest, the police have continued to expand the investigation and it appeared to go more and more victims.

In the file are about 140 cases at this time. Eighty in the northern Netherlands and sixty from rest of the country. Outside of North Netherlands, the defendant still made hundreds of other victims, matters that are currently not yet in the file. On October 18, the man first contact the court in Leeuwarden.

The police have the duped companies in North Netherlands is now actively approached to have their shop for the presence of the special software.