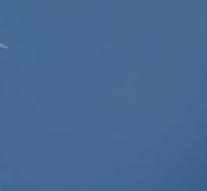 - In the parliament of the northern Swiss canton of St. Gallen has criticized the shortest scheduled flight in the world. It is scheduled that will soon airport of St Gallen Altenrhein connects Friedrichshafen, Germany. A flight of less than twenty kilometers to the other side of Lake Constance.

A single ticket costs about 45 euros and the flight lasts 8 minutes.

The airline People's Vienna Line has all permits and starts in November with the flights. Friedrichshafen is not the final destination; The aircraft continues to Cologne. Meinrad Gschwend from the \'Kantonsrat 'find the flight Sankt Gallen- Friedrichshafen nonsense. He argues that meets public transport at these distances.

The flights, it will be two per day, harm the environment and cause unnecessary inconvenience to local residents, according to Gschwend. The law of the canton is clear that the government ' man and nature protects against harmful or annoying influences'. The county must look according to Gschwend how it can get rid of the scheduled flight. The distance by car from Altenrhein to Friedrichshafen is almost 65 kilometers.