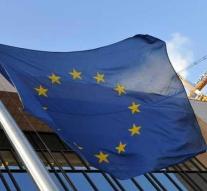 luxembourg - European countries still do not cooperate enough to reduce the risks of biological, chemical or nuclear disasters outside of Europe. Measures are paying off, but they are not yet sufficiently focused on reducing the risks, according to the European Court of Auditors in a report.

A great deal of effort has been made to expand the number of partner countries worldwide, while the goal should be to invest energy and money in countries that are most relevant to EU security, according to the auditors. The union took the initiative to set up knowledge centers for chemical, biological, radiological or nuclear (CBRN) disasters in order to reduce the risks, which partly succeeded. 130 million euros will be available in the period 2014-2020, but the objectives are unclear and data is missing, according to the auditors.

'Events such as the use of sarin and chlorine gas in Iraq and Syria, the Ebola outbreak in West Africa and the melting of the Fukushima nuclear reactor clearly point to the seriousness of the chemical, biological, radiological and nuclear risks,' says the Audit Chamber member. Bettina Jakobsen. According to her, 'an adequate approach to risk management has not yet been developed' and the Member States are still insufficiently cooperating. She advocates a greater role for the EU.