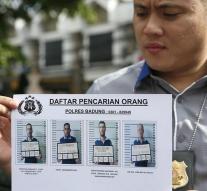 sydney - A recently escaped Australian prisoner, Shaun Davidson, generates the impression, in social media, that he has a great deal of pleasure in Amsterdam. This reported Australian media on Saturday. Davidson would say in his own right to live in a dream.

Davidson and the Malaysian Tee Kok King are still fleeing. The police in Indonesia and East Timor are investigating whether the four were helped by an international gang when they escaped.

Shaun would have indicated through social media that he is now hanging out in night clubs in Amsterdam. After his escape in Bali, he could not easily return to Australia because he was also sought for drug crime.