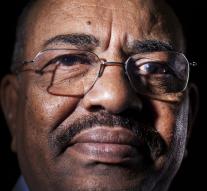 the hague - Judges of the International Criminal Court (ICC) in The Hague have tickled South Africa on Thursday. That country went wrong with the failure of Sudan leader Omar Hassan al-Bashir two years ago, the court concluded.

Bashir visited South Africa in 2015 because of a summit of the African Union. The authorities in the country then left it after the Sudanese president, although an international arrest warrant was issued against him. Bashir is suspected of genocide in the Darfur region.

The ICC had South Africa because of the neglect of the arrest warrant by referring to the meeting of ICC member states or the United Nations Security Council. At the end, the judges did not rule out because 'it's not an effective way' to encourage countries to cooperate.

Prosecutors at the ICC had insisted on referring South Africa. They feared that the court would otherwise impose on effectiveness. The South African government earlier argued that the arrest warrant did not weigh heavier than its own legislation. In the country, heads of state have immunity from prosecution.