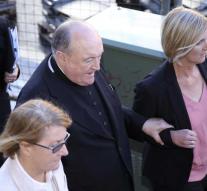 melbourne - A court in Australia has found Archbishop Philip Wilson of Adelaide guilty of upholding child abuse by a priest. According to Australian media, he is the highest Catholic clergy ever to have been convicted of such a crime.

Wilson had been indicted for having held a priest's hand for years, although in 1976 a 15-year-old boy had told him that he had been abused by the man. The conscious priest was convicted in 2004 for nine cases of child abuse and died in prison in 2006.

The court is expected to announce the sentence in June. Wilson can receive a maximum of two years in prison. In a statement the archbishop wrote that he is 'obviously disappointed'.