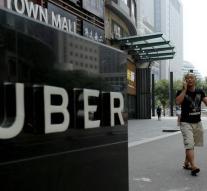 - Uber should refrain from settlement worth 100 million dollars that the Internet taxi company earlier this year met with drivers from California. A judge in San Francisco has put a line through the agreement because it would underestimate the potential cost of claims.

It is questionable whether the drivers involved are better off now that the settlement was rejected by the court. Their lawyer warned to treat the thing that Uber can refrain from further negotiations, because an appeals board has indicated that drivers may still be seen as self-employed.