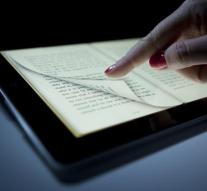 luxembourg - Good news for authors: the lending of e-books by public libraries is under the same law as paper books. That means that a borrowed copy as copyright should be paid for by ordinary books.

That the European Court of Justice in Luxembourg decided Thursday in a case that the Public Library Association (VOB) had brought in the Netherlands. The court in The Hague was the Court asked counsel for the lending of digital books by public libraries are not covered for traditional books under the system.

In order to lend an e-book, public libraries were now getting close separate license agreements with publishers without certain that the authors are compensated.

The court says that e-books are also covered by the feudal law but under conditions. Thus, libraries may offer no illegally obtained e-books and may one digital copy of a book can not be lent simultaneously to multiple people. Public libraries may include multiple digital copies in the range, after which a loan is paid to the beneficiary.

Commercial rental parties should continue to still separate agreements with publishers for the lending of e-books.