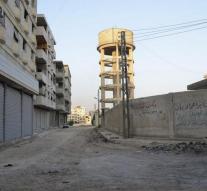 - Britain and France want to punish Syria with sanctions for the use of poison gas. The countries want to raise in the UN Security Council.

From a confidential investigation by the UN and the Organisation for the Prohibition of Chemical Weapons (OPCW) revealed last weekend that Syria had used poison gas for a third time. This time it happened was in place Qmenas in the province of Idlib on 16 March last year. Earlier reports indicated that the Syrian army had used inter alia in April 2014 with chlorine gas attacks.

It is expected will be that of the five permanent members of the Security Council China and Russia oppose sanctions. Russia has already announced that it is currently looking at the survey results.