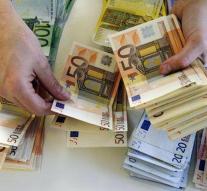 strasbourg - The revelations that Azerbaijan would have bought a large number of European politicians from, among other things, the Council of Europe, are in good shape at the organization's parliamentary meeting (PACE). Everything that sheds light on alleged corruption is welcome, said Vice-President Roger Gale. Last summer, the parliamentarians have already been investigating this.

The European research collective OCCRP discovered that Azerbaijan has a large amount of money in Europe. This would, among other things, have been used to keep politicians under the control of critical reports on human rights in that country.

Vice President Gale calls for evidence to be sent 'as soon as possible'. According to CDA parliamentary Pieter Omtzigt, that is abundant. 'Time for the big cleaning now is all evidence of bribery of European politicians on the table. '

47 countries are affiliated with the Council of Europe, which oversees democracy and human rights.