Home / World / Cooperation between EU and Cuba can continue 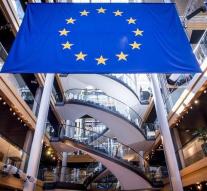 strasbourg - Cuba and the European Union can begin to normalize their relations. The European Parliament gave its blessing to the cooperation agreement signed in December by both parties in Strasbourg. 567 MPs voted for and 65 against, 31 abstained from voting.

Expanding trade, climate, drug and terrorism, tourism and political dialogue are central. But, according to parliament, the living conditions and social rights of Cubans must also be addressed. Havana has to show more respect for human rights, is the message, otherwise the agreement can be suspended.

The trade restrictions announced by US President Donald Trump against Cuba were not explicitly mentioned, but parliamentarians were opposed to 'laws and measures that are detrimental to the Cuban population. '

The agreement can now take effect for now. For full implementation, all EU countries must ratify.