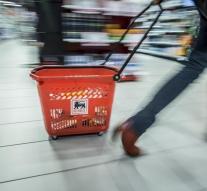 brussels - Several supermarket chains in Belgium wore cookies from producer Lotus Bakeries. The company suspects that it has fipronil and has ordered several types of shovels.

The chains Delhaize, Colruyt and Lidl confirm the measure against VTM NIEUWS. The Belgian food watchdog FAVV did not ask for it. Whether the lice pollinator for chickens is actually in the products must still prove to be testing. Because there is no danger to public health, there will be no recall for consumers.

Saturday it was known that in France, on a limited scale, waffles of Lotus Bakeries were taken out of shelves. The French Ministry of Agriculture had listed those products with traces of fipronil. Lotus Bakeries has not responded yet.