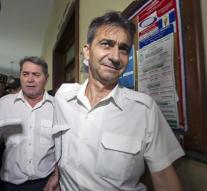 - Two French pilots fled from the Dominican Republic, where they were up to twenty years in prison convicted of drug smuggling. The men, according to their lawyer back in France.

The duo was convicted of smuggling 700 kilos of cocaine with a private jet. Because the pilots were appealed, they could roam free and they were able to flee the country. They did reportedly by boat.

One of the pilots said that he hit on the run because he felt that the prosecution did not listen to him. " My instinct was to return to my country, where I have my story to a court can tell ", said the man.

Although the duo has reached France, they are not yet out of the Dominican Justice. Which has already announced to request the extradition of the pilots.